Gears of War is a cover-based third person shooter franchise originally developed by Epic, exclusively on the Xbox 360, but was purchased by Microsoft completely in 2015 and is now developed by The Coalition. The series has sold over 27 million copies[1] and consists of 4 entries and a remake with a fifth entry coming in 2016. 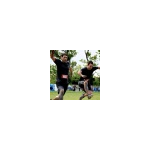